How Much Does it Cost to Sell On Amazon?

What Makes a Good Click-Through-Rate in Google Ads PPC?

10 Most Important PPC Metrics to Track When it comes to Pay-Per-Click marketing, advertisers are inundated with an endless list of metrics to track and measure. That’s because, unlike other traditional methods of advertising, PPC offers some fantastic ways to keep tabs on every aspect of a campaign. There is no denying the fact that PPC ad campaigns are data-driven to the max.

This also makes it easy for marketers to lose themselves in all the clicks, impressions, and other rates that may or may not make a real difference to the bottom line. After all, not all metrics are equal.

This begs the question: which figures are the most important to monitor?

There isn’t a one-size-fits-all answer because the most critical metrics vary according to the goals of a PPC campaign. Still, there are a few KPIs that are fundamental for the success of every campaign.

Here are the top metrics and KPIs to monitor: The number of conversions resulting from a campaign is almost always the first priority of an advertiser unless their objective is only brand awareness. Ultimately, profits start with conversion, so it’s the number one priority of any business.

To measure the conversion rate, divide a campaign’s conversions by its total clicks.

For instance, a campaign with fifty clicks and five conversions will give a conversion rate of 10% when expressed as a percentage. Even though conversions are significant for campaign managers, they sometimes create campaigns optimized for clicks instead.

A click is the starting point of any conversion, making it a preliminary success indicator of a PPC campaign. It takes into account the number of people who clicked on your ad.

These clicks help campaign managers tweak their approach from time to time, even during a campaign’s running time. They can check on ads’ clicks throughout to see which are performing well to put more bids on them and pause those ads completely that are not faring well.

For mid-month performance measurements, clicks are a handy KPI, but of course, you cannot rely on just clicks to determine a campaign’s success. Similar to how your clicks generated in a campaign measure its performance, CTR plays a vital role in determining the success of a campaign’s performance.

It is essential to understand that a perfect CTR does not exist because industry types and other variables affect the PPC performance.

According to 2018 research, the differences in the average CTR of the auto industry and the dating and personals industry were 4% and 6.05%, respectively. So, suppose campaign managers rely entirely on these numbers as a benchmark for their CTR success. In that case, they will overlook the analysis of other variables that affect their campaigns differently.

When you compare CTR from other similar campaigns, they provide a good benchmark for improving upon.

One of the most difficult KPIs to measure is the Quality Score. Created by Google, this metric aims to point out your ad content’s relevancy with the help of CTR metric and more performance variables such as landing page experience.

However, it is difficult for advertisers to understand this metric because it is not as straightforward to measure as other KPIs such as clicks.

When it comes to measuring the Quality Score, Google is upfront about its process and importance. In 2017, Google improved on how it reported Quality Score in Google ads, though the following aspects need to be kept in mind:

With a change in the Quality Score reports, advertisers found it easier to use it in Google Ads along with the provision of KPI’s historical data. Such insights are precious for advertisers to come up with better campaign decisions.

Advertisers are always highly interested in how they can improve the Quality Score as a means to determine the cost they pay for every click.

Additionally, Quality Score can influence KPIs like CPA and CPC.

PPC advertisers usually have a set budget that guides them on how to spend on an ad campaign. However, the bid and budget they specify for a PPC campaign are not guaranteed amounts that they will end up paying.

Advertisers place a higher bid than their competitors to get ad positions but pay a bid price second to it. As a result, your competitors in a PPC auction determine the cost of the ad you put up and the clicks it generates.

If you want to know the exact amount an advertiser pays for a campaign, calculate the CPC. Divide a campaign’s total cost by the number of clicks that ad generated. Sometimes advertisers also opt for a bidding technique for a campaign to use a targeted CPA. This helps them use a CPA according to their budget with an automatic bid setting to get maximum conversions.

It is essential to have conversion tracking, know various bidding strategies and have a minimum of thirty to fifty conversions within the past 30 days of using a targeted CPA.

We all know impressions matter a lot where ads are concerned, and it doesn’t include them clicking on it. So the number of impressions for a campaign won’t indicate its success because there is no way to tell your ad’s effectiveness on your audience. Whether search results for a query are paid or organic, Google has a way to balance them both. Google and Bing ads are displayed on top of the results page. The first one is at the highest position, the next one underneath that, and so on.

Advertisers determine the usual position of their ads with its average position. It is important to understand that Google doesn’t always place the highest bidders’ ads in the first place, for which they use the ad rank to figure out the average position.

You can find out the ad rank when you multiply Quality Score with the maximum CPM of an advertiser. However, this is an average, so even after calculations, you can’t tell your ad’s exact position.

It is natural to aim for the first position, but this is just to satisfy numbers because it doesn’t guarantee results.

It is also possible for some advertisers to get more conversions while in the fourth position than the first one. Hence, the average position should only be used as a point of reference but not as a target indicator as it doesn’t necessarily give the information you want.

In addition, it will also benefit to look at how Google Ads extensions perform relative to the normal listings in your campaign.

More often than not, paid marketers have a monthly budget they need to follow for an ad campaign. To what extent they achieve the budget they were given is determined by the budget attainment.

However, many PPC marketers don’t measure their PPC performance based on budget attainment, even if it provides a lot of information regarding their campaign’s management.

It is not easy to bid regularly and optimize results when PPC auction variations require continuous oversight. This is why marketers end up overspending or underspending on their budget frequently.

A highly significant indicator of a PPC marketers’ skills and account health is the Lifetime Value (LTV). However, it is slightly complex to calculate a paid searches’ CLV.

When companies acquire customers through paid search and retain them for a longer time, they make more revenue.

LTV can be measured in several ways, even though it evaluates a customer’s lifetime with a business’s product. For instance, a large company such as Target will have a complicated LTV due to several aspects to it like customer retention rate, applied discounts, customer lifespan, etc.

PPC marketers generally avoid such calculations, but this KPI’s measurement could be precious for other departments.

There are many KPIs that you can use, and you might be tempted to use all of them. It is essential to understand your campaign and carefully choose metrics that suit it best so you can optimize them and get better results.

Chances are that your goal is to bring more traffic to your website, increase sales and enhance brand awareness through various campaigns. Understand what works for your campaign and what doesn’t, based on the KPIs you track.

He is a recurring speaker at the Search Marketing Expo conference series and a TEDx Talker. Today he works directly with high-end clients across all verticals to maximize search engine marketing (SEM) ROI. Connect with Sam on Linkedin.

In his 9+ years as a digital marketer, Sam has worked with countless small businesses and enterprise Fortune 500 companies and organizations including NASDAQ OMX, eBay, Duncan Hines, Drew Barrymore, Washington, DC based law firm Price Benowitz LLP and human rights organization Amnesty International. He is a recurring speaker at the Search Marketing Expo conference series and a TEDx Talker. Today he works directly with high-end clients across all verticals to maximize search engine marketing (SEM) ROI. Connect with Sam on Linkedin. 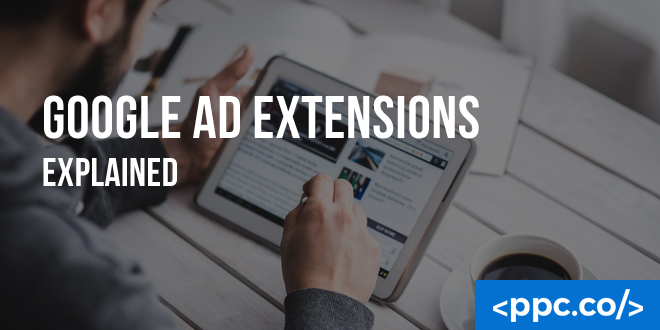 Dayparting: Setting Up Time Of Day Bid Adjustments In PPC